15 replies to this topic

I have had an issue start with the knocking rear hatch/ book. 2020 1.3 Duster Prestige 3k miles.
The boot adjusters were pretty much screwed right in, not shutting the boot with a solid chunk. So adjusted them out which took out 80% of the boot rattle. I wondered if it was the boot catch/latch rattling, so tightened the buffers/boot.

It generally does it when going over bumpy roads or turning into drives, junctions that kind of thing. A light knocking from the boot area.

Took out all the stuff in the boot, parcel shelf, kids seat etc to eliminate. Read somewhere that the horrible plasticky rattly cover over the rear washer /brake light caused someone to have a rattle, which I can see as it it plasticky and can rattle against the boot/hatch.

No spare wheel etc, so does anyone know how this cover comes off so I can eliminate it from my enquiries!? TIA Don. 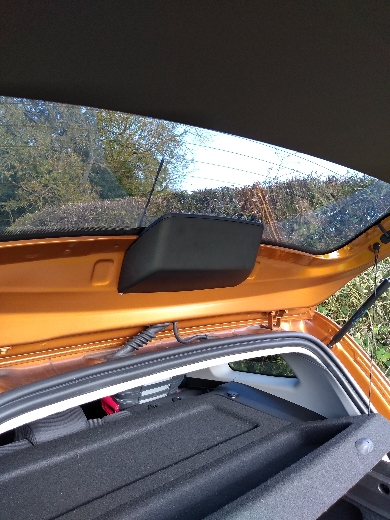 It might not be relevant in your case but in my Logan it was the rear parcel shelf that rattled constantly. I took it out and THAT stopped all the rattles I thought were coming from the rear.

Hi faircot, thanks for the advice.

Sorry tried that in the "easy things I could remove to check" category, but thanks for the suggestion!

I had seen that was a source of knocks from the rear when googling.

I need to get in the back whilst the missus drives to see if I can isolate it, but thought I'd ask if anyone knows how to remove that piece, it's not obvious!

The cover over the brake light could rattle on my early Duster from memory it has on each side a push in plastic button to release it. The main tailgate cover is a right pain to remove as there are two retaining screws and half a dozen or more plastic panel retainer clips half of which break on removal but if the cover has a couple of broken ones it / they could rattle. Twice I had to sort the tailgate cover out, once when all the interior panels where removed by Dacia for the FOC cavity wax job and second time when a truck reversed into the back and smashed the tailgate in, body shop did a good job except for fitting the cover. Keep spares clips in toolbox just in case.

Thanks again @dgc . I think the post I googled was on MK1 duster of the guy who had the same problem. He packed out around the cover and it stopped.

I had a quick go when I read his, but not in ernest.

Not sure if mine has those push in clips on the sides, it is quite smooth, will have another look. When you tap it, it makes a horrible brittle plasticky noise!

Yes those clips you refer to are generally a one way street to breaking aren't they? Hopefully I will not be removing that panel, I think it could be the top one.

Trouble for me is that I am in the car all day, so rattles really annoy me!

After the FOC cavity wax job did not open the tailgate for 4 or 5 weeks the first time I opened and closed it the cover panel came off the tailgate with only the screws holding it in place, as I had a Renault before I had spare retaining clips for that which I could use to get it clipped on correctly and it was similar with the second time with the body shop, in both cases by the time it would have took to drive back to the dealership / body shop I had refitted the cover. On mine as before the high level brake light cover has a push in "button" about 8mm dia, it is shown in the manual.

Yeah, nothing in mine, didn't think to have a look in the manual which is the first place I would advise anyone to look, but will look this aft.

I just assumed it would advise taking it off, see dealer!

@dgc Thought as much! 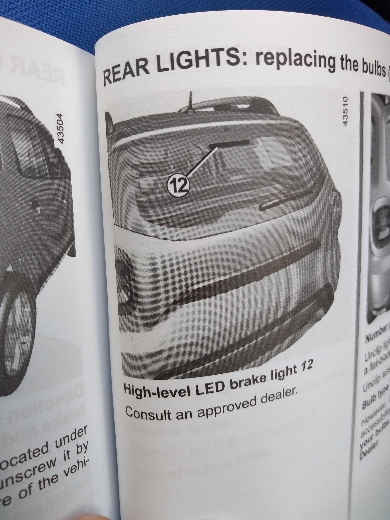 The usual fun and games by manufacturers again

to stop us fixing it ourselves.

My Honda was the same for the indicators in the wing mirrors, see dealer we'll happily do it for you!
I saw youtube instead!

Tried wedging this cover to see if that helps. Not quite yet.

That high level brake light seems to be a Nissan part, found it my 2018 DVD which say just remove the cover and not a lot else, looking at the lamp part (https://rrr.lt/en/us...enter-stoplight) I wonder if it is held in place by three tongues at the rear and two of those retaining clips again at the front in those slotted holes. Could be totally wrong.

That high level brake light seems to be a Nissan part, found it my 2018 DVD which say just remove the cover and not a lot else, looking at the lamp part (https://rrr.lt/en/us...enter-stoplight) I wonder if it is held in place by three tongues at the rear and two of those retaining clips again at the front in those slotted holes. Could be totally wrong.

Yeah could be. If you look at my pic at the start, the cover is entirely smooth, no indication how it removes.
I presume it will unclip from some tangs(or whatever they are called) and just pull away, allowing access to the part you show, which could be screwed on, but I don't want to break anything!

I have a 2018 model D2, same colour as yours actually.  I recently took that third brake light cover of so I could fit the rear dash cam.  You just have to get a thin blade in there and prize the cover off.  You can just the the mark left where I started it with an electrical screwdriver.  I remember it being tight to remove but nothing physically broke.  I can't help with the rattle I'm afraid, as this isn't something mine suffered from, before or after removal and refit of this cover. 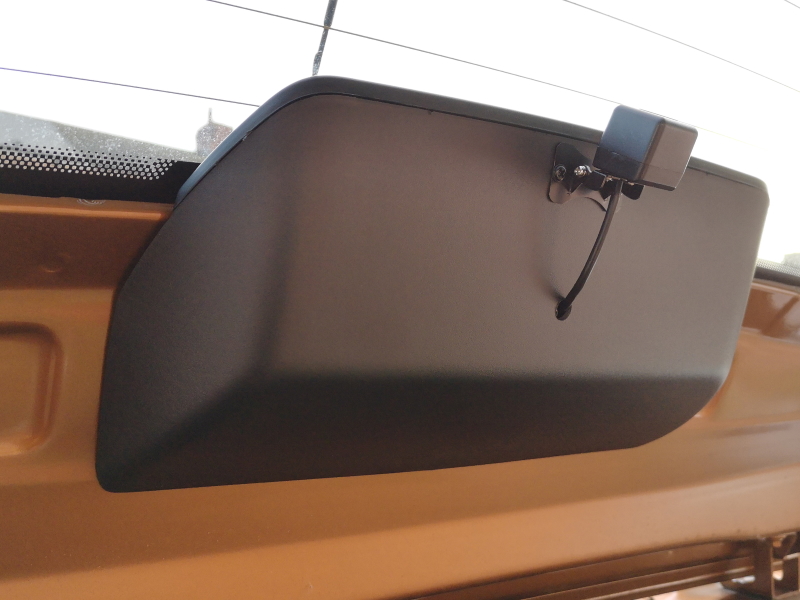 Thanks hooliopaulio for the info. That looks a neat instal! What make of dash cam is that and where is it wired to?

Not 100% that's where it is coming from, but a Google search prior suggested it, a guy had to wedge the lower corners in your pic where it meets the metal. So if I can remove it I can see if it improves.

I have adjusted the boot shut rubbers so the boot shuts with a nice clunk as opposed to the bounce it did previously, but something still rattles, so that is the next culprit. That's how I got the car, the adjusters were screwed right in, but it didn't rattle straight away, after about 1-2k.

I need to get in the rear seat area with the wife driving to try isolate it, but with two little kids and us both working, not an easy task on its own!!

Cheers, for the info. I'll think I'll have to invest in some of those trim removal tools, or use and old bank card. Don

That looks a neat instal! What make of dash cam is that and where is it wired to?

Its decent enough, number plates are readable on the front cam.  The rear cam goes all the way through the head lining and plugs into the top of the front dashcam.  The power for the front cam is hard wired from an ignition enabled fuse.  I also have the additional GPS unit which records my speed in the video.

Nice one. I have a Nextbase front with GPS, but no rear. Keep thinking of one, but the rear of my civic type s had a difficult rear screen. This one might be easier. Looks neat tho.

Back to Duster Interior / Exterior


0 user(s) are reading this topic